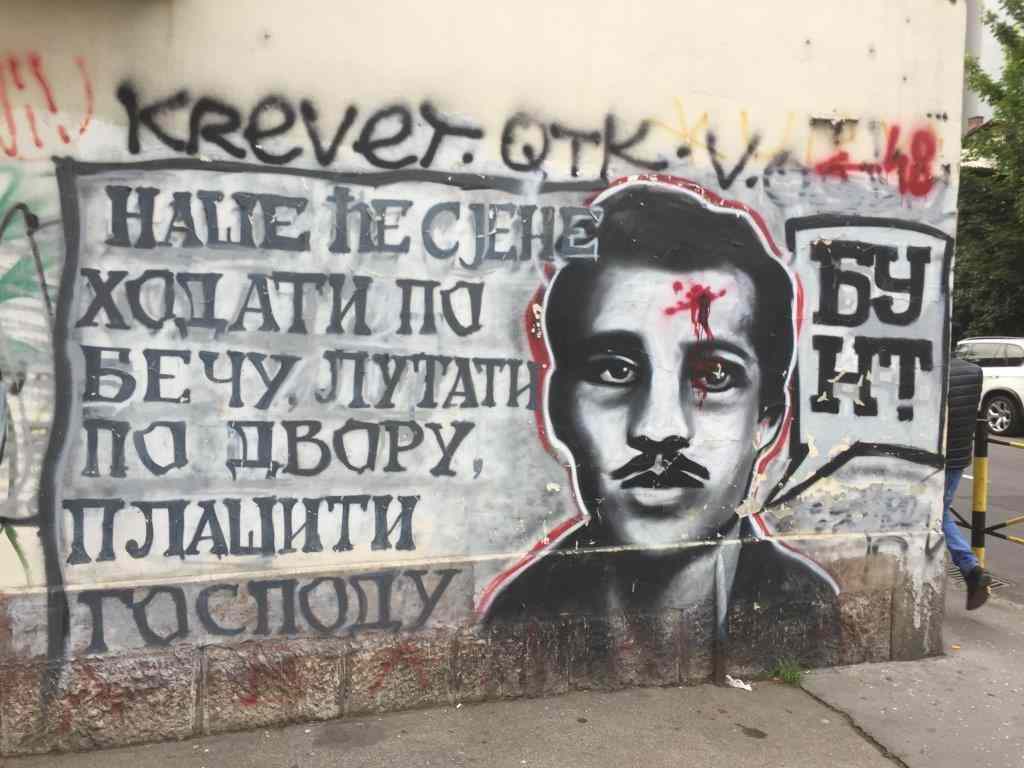 The portrait of this young man is not necessarily known in the West. In the territory of the former Yugoslavia this is (very) different.

And in some areas there, the assessment of this person differs considerably from that in Western Europe.

This is borne out by the inscriptions next to these murals of the Sarajevo assassin Gavrilo Princip, which we found in Belgrade:

„Our shadows will wander through the court in Vienna and will teach the lords to fear“.

The text to another mural which we found in Kragujevac is even more martial: 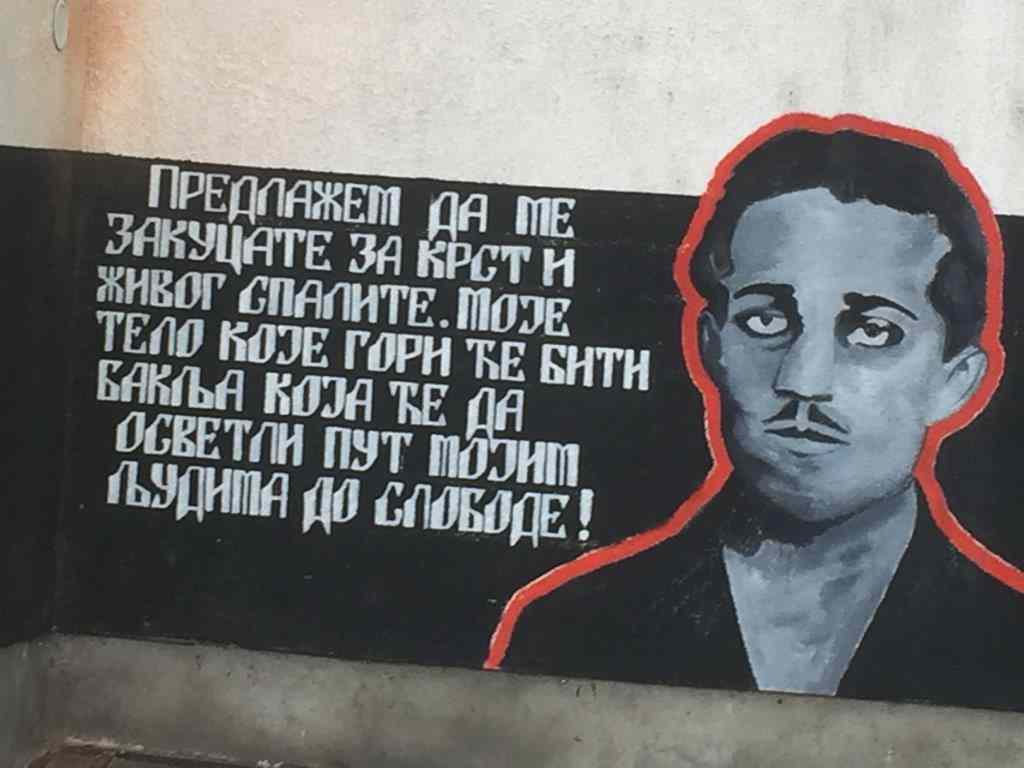 „I suggest that you put me on the cross and burn me alive. My burning body will be the torch that will light the way to freedom for my people“

In other words: Gavrilo is revered as a hero.

With quotations that elevate him to the superhuman level and at the same time have something martyr-like, one could also say, something fanatical. (How else could one characterize especially the second quote?)

The Bosnian-Hezegovinian band Zoster takes a more differentiated view of the person of Gavrilo and the consequences of his actions. In their hypnotic song Gavrilo, for which there is also an impressive video, they say

For some he is a hero, for others a criminal/ who knows: maybe his soul is wandering halfway between the two, Gavrilo, hot-blooded heart (Za jedne on je heroj, a drugima je zločinac/A možda negdje na pola puta, njegova duša luta/Gavrilo, Gavrilo, srce uzavrelo)