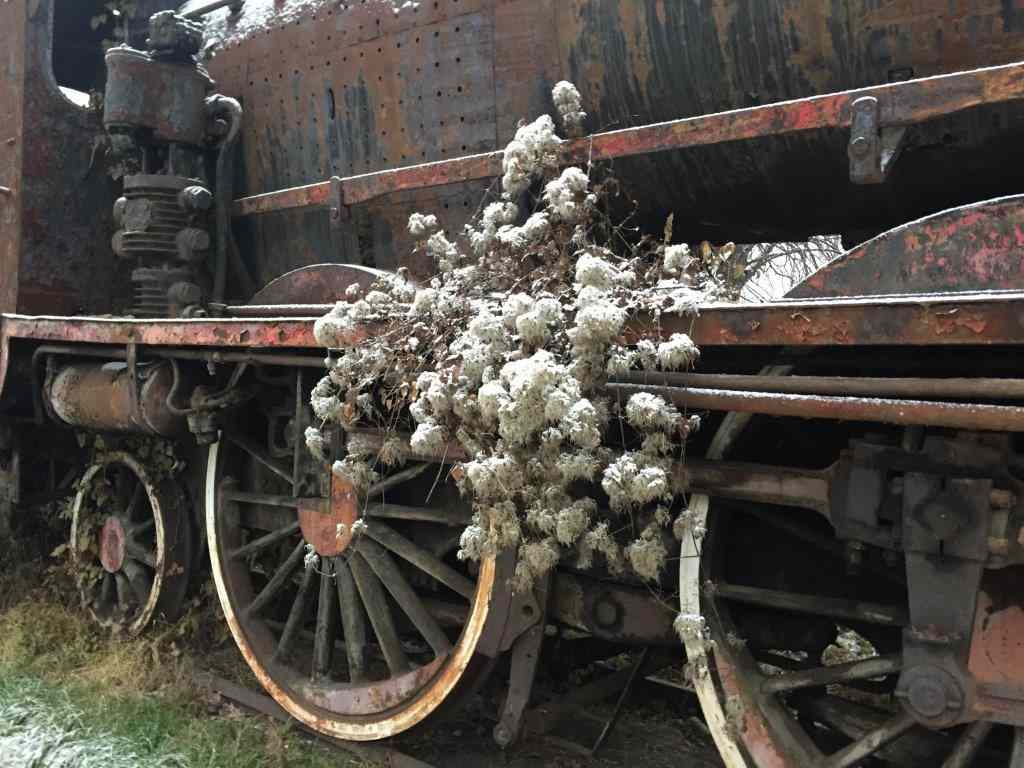 It was characteristic of Yugoslavia that historical locomotives were placed as monuments at many train stations. In addition, on remote railway sidings, discarded locomotives were found, which – much less well maintained – were rotting away.

In Niš in the south of Serbia this is still the case today.
There you can find a historical locomotive which obviously was cared for at the station.

If you take a closer look, you will see that it comes from Germany:

And built by a company whose planes bombed the country two decades after this locomotive was built.

Further down the railway line, where no passengers can get to, you will find the Cinderellas among the old locomotives. There are three of them and – frankly speaking – they are more impressive than the locomotive presented at the station:

Impressive and romantic, they also offer a home to nature:

But they are probably doomed to rust:

A pity! What would railway enthusiasts in wealthy countries give for such splendours?